US trade deficit narrows slightly to $70.1 Billion in July 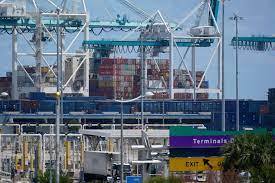 According to the Commerce Department, the trade deficit shrank by 4.3 percent in July after reaching a new high of $73.2 billion in June. The trade deficit is the difference between what a country exports to the rest of the world and what it buys from other countries in terms of imports.

However, a large part of the drop in July was due to higher service imports, which reflected payments made by NBC to cover the Summer Olympics in Tokyo.

The best credit card for travel has a $1,250 welcome offer and new grocery perks