Pandemic has IFC pumping USD 1.7 billion into local companies, up 51% 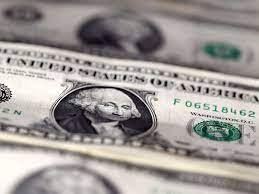 The pandemic has prompted the International Finance Corporation to significantly increase its impact investment in the country, which is its largest client nation globally, to USD 1.7 billion as of June, a 51 percent increase over the previous 12 months, according to the world’s largest developmental lender to the private sector. It added that this represents over half of its investment in South Asia since the epidemic, which totaled USD 3.8 billion as of June 2021.

“At the end of June, our overall commitment to India, our largest client country globally, stood at USD 1.7 billion, up over 51% from the previous year,” IFC vice-president for Asia and the Pacific area Alfonso Garcia Mora said in a statement.

Since the pandemic outbreak, which has caused enormous social and economic disruptions, IFC has invested over USD 3.8 billion in South Asia as of June 2021, culminating in a record investment volume of over USD14.9 billion in the region last five years, according to Mora.