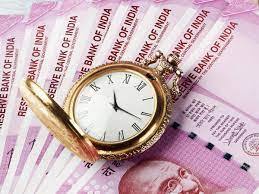 According to the finance ministry, the government would borrow Rs 5.03 lakh crore in the second half of this fiscal year to bridge the revenue shortfall and help the pandemic-hit economy recover.

According to a statement from the ministry, the government raised Rs 7.02 lakh crore by issuing bonds in the first half.
“Of the Rs 12.05 lakh crore gross market borrowing forecast in the Union Budget for FY 2021-22, Rs 7.24 lakh crore (60%) was planned to be borrowed in the first half” (H1).

The government’s gross borrowing was predicted at Rs 12.05 lakh crore in the fiscal year beginning April 1, according to the Budget for 2021-22, while net lending was estimated at Rs 9.37 lakh crore. The government uses dated securities and treasury bills to raise money from the market to fund its fiscal deficit.

The budget deficit for the next fiscal year has been set at 6.8% of GDP, down from 9.5 percent in the current fiscal year.