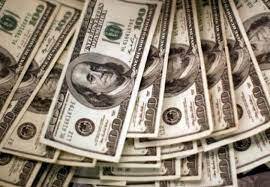 On Wednesday, the dollar recovered from a three-month low versus a basket of currencies, as a risk-on surge in the international stock system began to stall amid disappointing economic data from the United States.

With the Thanksgiving holiday approaching in the United States, it wouldn’t be unusual to see risk assets correct and the dollar rise marginally. “As positions are squared up ahead of what is a long weekend,” said Shaun Osborne, chief currency strategist at Scotiabank, in a note.