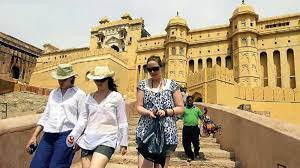 According to a statement from pair of United Nations (UN) institutes, the collapse of international tourism due to COVID-19 might cost the world at least $4 trillion in global GDP in 2020 and 2021. According to COVID-19 and Tourism: An Update, joint research released on Wednesday by UN Conference on Trade and Development (UNCTAD) and the UN World Tourist Organization (UNWTO), India will see a 54 per cent reduction in tourist arrivals in 2020.

According to the analysis, asymmetric vaccine roll-out globally could account for 60% of these losses in developing nations. North America and Europe, where vaccination rates are higher, are expected to see a surge in tourism this summer.

According to the three scenarios, tourism will not return to pre-COVID levels until 2023 or later, costing the world between $1.7 trillion and $2.4 trillion in 2021. According to the study, a reduction in tourist sales results in a 2.5-fold loss in real GDP in the absence of any economic boost due to links with upstream sectors like agriculture.

In addition, the research suggests socioeconomic strategies to protect livelihoods. “Rather than specific positions in failing sectors, workers should be protected, for example through training,” it argues. Finally, even once limitations are lifted, some tourism-related enterprises will fail, according to the research, which advises governments to choose which ones to support and for how long.