Since the start of the third phase of the nationwide vaccination drive, a total of 8,99,01,981 people in the 18-44 age range have gotten the first dose and 20,81,948 have received the second dose of the vaccine. 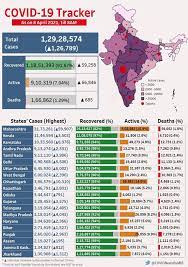 On Tuesday, the health ministry said that the total number of COVID-19 vaccination doses administered in the country had surpassed 33 crores.

In addition, the first dosage of the vaccine has been given to more than 50 lakh people in eight states: Uttar Pradesh, Madhya Pradesh, Rajasthan, Tamil Nadu, Bihar, Gujarat, Karnataka, and Maharashtra, according to the ministry.

How to reduce your investment risk.

This brother and sister bring in $105,000 a year selling homemade sweet and spicy…

Will COVID-19 vaccines work if I have a weak immune system?