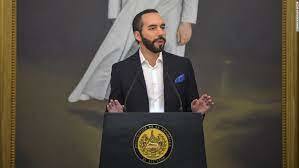 On Monday, El Salvador’s president, Nayib Bukele, revealed that the country had 400 bitcoins one day before the government legally recognizes it as legal cash alongside the US dollar.

According to Refinitiv Eikon data, bitcoin briefly soared above 1.49 percent to more than $52,680 on Monday evening, with a Reuters market analyst predicting a price range of $56,000-$56,300.

El Salvador had purchased its first 200 bitcoins earlier on Monday, according to Bukele, who added on Twitter that “our merchants will be purchasing a lot more as the deadline approaches.”

However, studies suggest that Salvadorans are apprehensive of using bitcoin, citing concerns about the cryptocurrency’s volatility, which critics believe might create legal and financial risks for financial institutions.

El Salvador will legalize bitcoin on September 7, according to the popular Bukele, saving Salvadorans living away millions of dollars in commissions on money sent home.

Domestic investors can soon invest in a blockchain fund