Elon Musk told Tesla employees that the electric vehicle manufacturer is worth $3,000 per share if they ‘perform extremely well.’

In a paper posted earlier this week, Ark Invest predicted that Tesla's base stock price will hit $3,000 by 2025. According to the asset management organization, the company would supply between 5 and 10 million automobiles by that year. 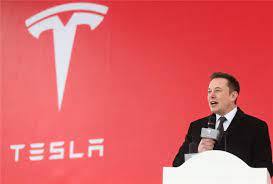 Elon Musk, the company’s founder, told his staff that the aim is doable if the execution is good; days after asset management firm Ark Invest predicted that electric vehicle maker Tesla would achieve a base stock price of $3,000 in the next several years.

Musk told Electrek on September 4 that Tesla is worth $3,000 per share “if they perform well” and that the billionaire “agrees with Ark Invest.”

According to the article, Tesla is expected to deliver less than 1 million vehicles this year, so if the business scales production as predicted above, it will be a considerable ramp-up.