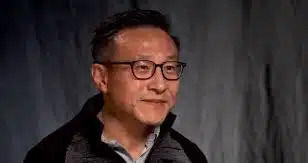 According to those familiar with the transaction, Alibaba co-founder Joe Tsai is the mystery buyer behind a $157 million unit acquisition in Manhattan’s most expensive luxury tower.

According to sources close to the transaction, Tsai, who also owns the Brooklyn Nets NBA club, purchased two full-floor condo apartments at 220 Central Park South for a total of $157.5 million in two transactions. The purchase is thought to be the third most expensive home ever sold in the United States. Ken Griffin’s purchase of four floors (51 through 53) for $238 million in 2019 is the most expensive residence ever sold in America.

Tsai’s purchase includes two floors (the 60th and one above) with panoramic views of Central Park and midtown Manhattan. A studio apartment on the 18th floor is also included in the purchase, most likely for staff.

Thanks in part to Griffin’s acquisition 220 Central Park South has continued to rise in value despite the pandemic as well as blue-chip buyers like Sting and Daniel Och, and it’s now more than 90% sold out. Tsai’s purchases both sold for more than their original buying price. Last year, the 61st floor went for $51.4 million, while the 60th floor went for $50.9 million.