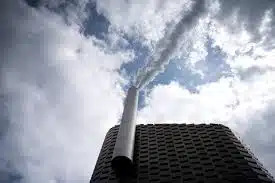 LONDON, UK — The Institute of International Finance’s chief executive believes voluntary carbon credits have “great upside potential,” forecasting that the market may be valued as much as $100 billion per year by 2050.

It comes at a time when governments and corporate leaders are under increasing pressure to deliver on pledges made as part of the historic Paris Agreement ahead of the COP26, which will take place in Glasgow, Scotland, in early November.

This, according to the TSVCM, will enable more enterprises to put their net-zero promises into action by investing in emissions abatement projects, which will have the most significant impact.

“According to the McKinsey report, which we released, we may see a 10-fold increase,” he continued. “By 2050, I believe this market will be worth $100 billion a year, and we’re only getting started.”

The TSVCM, scaling up the voluntary carbon market would require a 15-fold increase to satisfy the Paris Agreement’s climate goals and could be worth as much as $50 billion by the end of the decade.