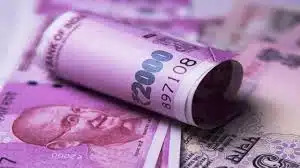 On Wednesday, an official stated that the Rajasthan Police’s Special Operations Group (SOG) raided a home in Jaipur and discovered machines and materials for producing counterfeit currency notes.

According to the official, the SOG apprehended two suspects and recovered counterfeit money notes with a face value of $5,80,900.

On the intermediary night of Tuesday and Wednesday, a team of the SOG led by DIG Sharath Kavi raj raided a villa in a residential project in Jaipur’s Goner region on intelligence concerning the manufacture of fake currency notes, according to ADG ATS and SOG Ashok Rathore.

“The recovered counterfeit notes had the same watermark RBI thread and number marking as the originals,” the officer stated.

Brijesh Maurya and Pratham Sharma were discovered cutting fraudulent notes from a sheet, according to ADG ATS Rathore.

He said that “high-quality phoney notes in denominations of 200 and 500 with a total face value of 5,80,900, partially produced notes, colour printer, scanning equipment, paper, and other items were taken from the location.”

Will COVID-19 vaccines work if I have a weak immune system?