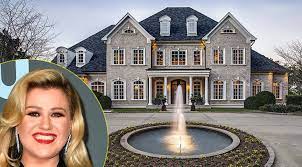 Kelly Clarkson, a pop and country singer, has sold her Nashville mansion after four years on the market. After re-listing the Hendersonville, Tennessee property for $6.95 million in February, the superstar found a buyer.

The deal was completed last week for $6.3 million, according to Redfin. The property was initially listed for $8.75 million by Clarkson.

The Parks Realty listing has a seven-bedroom, nine-and-a-half-bath home built in 2007 and custom-designed by Clarkson, who also created a new home in the region in 2018.

The multiplatinum hitmaker and first American Idol also has an $8.5 million home in Encino, California.

Chicago’s $15 minimum wage for most workers makes an effect.

7 Things Your Bank Won’t Tell You