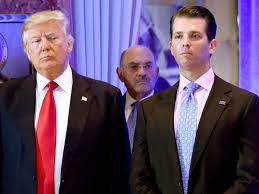 On Thursday, prosecutors charged former US President Donald Trump’s firm and its longstanding finance chief with a “sweeping and brazen” tax fraud scheme. The executive received over $1.7 million in off-the-books remuneration, including apartment rent, car payments, and school tuition.

Although Mr Trump was not indicted, prosecutors pointed out that he signed some of the compensation checks at the heart of the alleged scam.

Grand theft, the most severe accusation levelled against Mr Weisselberg, carries a sentence of five to fifteen years in jail. The corporation faces a fine of either double the amount of unpaid taxes or $250,000, whichever is greater, for tax fraud.

Mr Weisselberg was accused of defrauding the federal government, the state, and the city of more than $1 million in unpaid taxes and undeserved tax refunds.

Prosecutors said that by doing so, Mr Weisselberg hid his New York City residency and avoided paying approximately $900,000 in federal, state, and city income taxes, instead of receiving roughly $133,000 in refunds to which he was not entitled.

Assets worth Rs 85L unearthed from a clerk in Odisha