According to an SBI assessment, the second Covid-19 wave resulted in considerable deposit withdrawals from the banking system, which have since reduced. 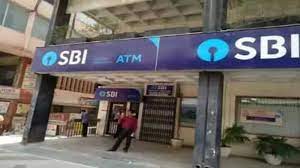 According to a report from the State Bank of India’s (SBI) economic research department, the start of the second Covid-19 wave led to large deposit withdrawals from the banking sector in consecutive fortnights, the pace of which has now moderated.

One of the concerning aspects, according to the report, is rising household financial stress. Household debt has dramatically increased from 32.5 per cent of GDP in 2019-20 to 37.3 per cent of GDP in 2020-21. After accounting for retail loans, agricultural loans, and business loans from financial institutions such as commercial banks, credit societies, and non-banking finance companies (NBFCs).

Although India’s household debt to GDP ratio is still lower than that of other nations, there is a need to supplement wage income, dropping as a percentage of GDP.

Bihar, Jharkhand, Uttar Pradesh, Assam, Odisha, and Rajasthan are all low-income states with low fatalities per million. Maharashtra, Uttarakhand, Kerala, Karnataka, Tamil Nadu, and Himachal Pradesh, on the other hand, have a high per capita income and a high number of deaths per million.

However, many measures of economic activity improved in June, according to the report. With the most recent figure for the week ending June 28, the SBI business activity index shows a notable improvement in activity from May’s conclusion

Honda Cars India To Hike Prices Across Range From August 2021