The vaccine producer had agreed to sell 20 million doses of Covaxin to the Brazilian government for $324 million, or $15 per shot. 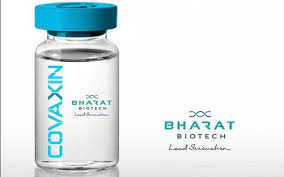 Bharat Biotech (BB), a vaccine manufacturer, denied any misconduct in the Covaxin procurement process with the Brazilian government.
“Bharat Biotech has not received any advance payments from the Brazilian Ministry of Health, nor has it given any vaccinations. In numerous countries throughout the world, where Covaxin is effectively provided, Bharat Biotech has used a similar approach to contracts, regulatory clearances, and supplies,” the firm stated in a statement.
After a whistleblower claimed there were irregularities in the deal, the Brazilian health ministry has stopped its contract with Bharat Biotech for a month. Federal prosecutors in the United States have launched an inquiry on the allegations.
The vaccine producer had agreed to sell 20 million doses of Covaxin to the Brazilian government for $324 million, or $15 per shot.
In Brazil, Bharat Biotech and Precisa Medicamentos conduct a 5,000-subject phase III clinical research that ANVISA just approved, the country’s regulatory authority. The Albert Einstein Institute is conducting the trial.
According to Bharat Biotech’s management, they met with the Brazilian Ministry of Health in November 2020 and took a step-by-step approach to contracts and regulatory permission till June 29. On June 4, Bharat Biotech received emergency usage approval.
Covaxin has been granted emergency use authorization in 16 countries, including Brazil, and is being considered in another 50, according to the company. Bharat Biotech talks with the World Health Organization to get Covaxin listed as an emergency use product.

LIC launches Saral pension plan. How much regular income you will get?