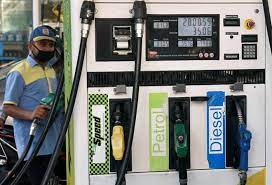 This month, the price of gasoline and diesel has been raised 15 times. According to the state-run oil refiner, Mumbai currently has the highest fuel prices. Due to the value-added tax, fuel prices surged in Chennai and Kolkata, and other Indian states.

The following are the most recent gasoline and diesel prices in the four metro cities: