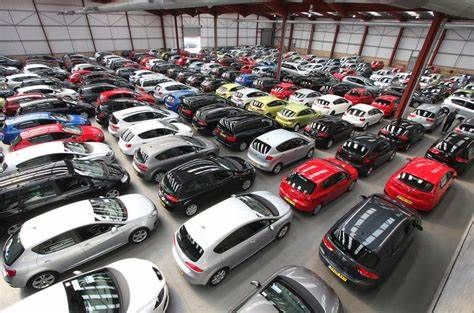 What if I told you that by buying a used car, you would be buying an appreciable asset? I am not talking fancy antiques, but good old Chevys, Hondas, and the like.

You do not actually possess the vehicles, but nonetheless these used cars would be worth more in the future. Someone else would be in charge of storing them, finding buyers, and selling them.

Anyone paying attention to Lampert knows that he devotes an enormous amount of time to performing due diligence on his investments. Rumor has it that when he was building his stake in auto-parts giant AutoZone (NYSE: AZO) years ago, he and his associates visited nearly 600 stores before investing. In the end, Lampert made a mint on his investment in AutoZone. Given Lampert’s familiarity with the auto industry, it would be a very good idea to take a closer look at this investment.

Warren Buffett, an investor Eddie Lampert seems to be emulating, recently disclosed that his holding company, Berkshire Hathaway (NYSE: BRK-A) (NYSE: BRK-B) bought nearly 14 million shares of CarMax (NYSE: KMX), the nation’s largest specialty used-car retailer. Berkshire’s purchase represents a roughly 6.4 percent stake in the company. Most Buffett followers are also aware that GEICO chief Lou Simpson invests capital for Berkshire, and this investment (under $300 million) was probably made by Simpson with no input from Buffett. Regardless, Simpson has a track record that could be the envy of any money manager.

Imitation is the sincerest form
Sure, it would have been nice if both Lampert and Buffett owned the same stock, but there’s usually not enough room in the same playpen for these big hitters. With billions at their disposal, it’s a task on its own to allocate a meaningful amount of capital.

Investors can benefit from following the tracks of the best. Sometimes you get lucky and have the chance to invest in a business at a lower price than they paid. In fact, Lampert recently disclosed a big investment in Citigroup (NYSE: C), and the stock has continued to crater ever since. We all know Citigroup is not going anywhere, and Lampert obviously felt that his purchase price offered a compelling value. In a recent article, I commented on a study that proved that investing in the same companies as Buffett over the past 30 years would have produced a return of more than 24% a year. And that’s after Buffett disclosed his investments.

With the auto and retailing industry suffering in the credit turmoil, these investments by Berkshire and Lampert appear to be classic out-of-favor investments. And given the long-term bent of Lampert and Buffett, it could be a couple of years before investors realize substantial gains on their investments.

Yet the facts and results speak for themselves. Buffett and Lampert are extremely good at what they do, and they devote a high degree of intensity to analyzing their investments. Why not follow on the heels of two of the greatest analysts? Odds are you will do better than most pros.