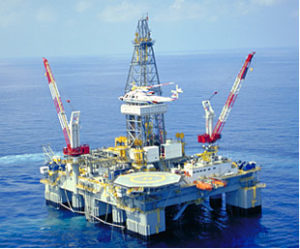 Saudi Arabia and Russia just destroyed the oil price rally, potentially putting an end to all the speculation about what the group might do next. But higher production doesn’t necessarily mean higher oil prices are entirely out of the question, and in fact, the oil market is still faced with a ton of uncertainty.

Higher oil production from the OPEC/non-OPEC group would seem to close off the higher-price scenario. But a “complete collapse” of Venezuela’s oil production could still push oil prices up to $100 per barrel, Bob Parker, investment committee member at Quilvest Wealth Management, told CNBC.

That was echoed by other forecasts. If the losses from Venezuela are combined with disruptions in Iran – knocking off around 1.6 million barrels per day (mb/d) – then Brent could jump to $100 per barrel, according to Bank of America Merrill Lynch. With that said, there are three potential factors that could prevent triple-digit prices, and instead “cap” oil at about $80-$90: increased production from Russia, Saudi Arabia and the U.S. strategic petroleum reserve.

Still, that is just one part of the story, focused on supply-side disruptions. Another possibility is a demand scenario, one that has received a lot less attention in recent months. While oil traders focus on whether OPEC/Russia will offset outages in Venezuela and Iran, there are cracks forming in the economies of emerging markets, which could threaten to derail the oil market, and do more to drag down oil prices than production increases from the OPEC+ coalition.

The thesis centers on the notion that higher interest rates from the U.S. Federal Reserve and a stronger dollar will have ripple effects across emerging markets. A stronger dollar and higher interest rates make dollar-denominated debt a lot more painful to service in much of the world, dragging down economic activity and putting even more pressure on local currencies. Weakening currencies then make dollar debt even more painful, creating a viscous circle. Economist Paul Krugman says the current cracks in emerging markets are somewhat similar to the lead up to the 1998 financial crisis in Asia.

The evidence is growing by the day. Turkey’s currency, the lira, has lost 20 percent of its value over the past two months. Argentina is seeking a bailout from the IMF as a collapse of the peso has drained public coffers.

More broadly, investors are becoming a bit more nervous about parking money in emerging markets. According to the Wall Street Journal, capital inflows into equity funds around the world slowed to just $8 billion in April, the lowest total since December 2016. Capital is flowing out of emerging markets and instead is rushing into the U.S., where a stronger economy and higher interest rates are making the U.S. comparatively more attractive.

Good news for the U.S., maybe, but bad news for a lot of developing countries. As the U.S. economic story diverges from that of the rest of the world, the dollar has gained in value. The WSJ Dollar Index, which measures the greenback against a basket of 16 other currencies, has gained 5.6 percent since February. Again, a stronger dollar creates a feedback loop in which emerging markets have trouble paying dollar-denominated debt, and it also makes commodities, including oil, much more expensive since they are traded in dollars.

Ultimately, in a worst-case scenario, that could lead to a financial crisis or crises. Governments can’t meet debt payments, currencies collapse, and economic growth grinds to a halt. Debt becomes even more unpayable.

An emerging market downturn, if it occurs over the next year or so, would likely unfold at the same time as the OPEC/non-OPEC group begins to exit, or phase out, the production limits. That means we could have demand destruction happening at the same time as an increase in oil supply, which is obviously a recipe for lower prices.

Bank of America Merrill Lynch says that Brent could drop below $60 per barrel by next year if this scenario plays out. “Should PMIs start to deteriorate over the coming months and encourage long oil speculators to liquidate their positions, or new short specs, oil prices could swiftly drop to $60/bbl,” the investment bank said in a note.

With all of that said, the investment bank also says that this isn’t the most likely scenario, but more of a tail risk event. That doesn’t mean it is impossible.

How to Earn the Remuneration You Deserve