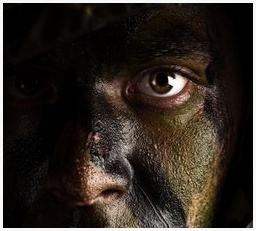 When one problem comes along, a whole multitude of them seem to appear. Dealing with substance abuse or PTSD, which stands for post-traumatic stress disorder, by themselves is difficult.

Substance Abuse First
Sometimes, people will start to abuse drugs or alcohol. Initially, they might believe that these substances will make them happier when, in reality, this is not the case at all. In fact, it actually leads them to start feeling more and more stressed out and anxious. When a serious incident does occur, their addiction to a particular toxin could send them into experiencing symptoms of PTSD.

PTSD First
Of course, the roles of these two issues can be reversed. After a traumatic event occurs, many people wind up suffering from PTSD. The symptoms of this condition might seem like too much to bear, and, as a result of all the pressure, these individuals start taking drugs or alcohol to calm their worries. Indeed, they do feel as though the substance is taking them to a different place and making them forget about all of the problems in the world. At the time, it might be making them feel more mentally sound; however, in the long run, they are just setting up new issues for themselves.

How to Cope
When people are suffering from one of these conditions, they might use the other one as a way to cope, either with the symptoms or with pressure from other people. For example, let’s take a person who is accused of abusing drugs because he or she has been acting differently lately. The person might blame it on PTSD instead. On the other side of the coin, a person who is suffering from PTSD might say that he or she needs to take drugs or drink a lot of alcohol in order to heal his or her life.

Getting Help
Whether you or someone who you know is suffering from one or both of these conditions, help absolutely needs to be received. Individuals do not have to live their lives feeling all of this stress. Instead of judging the people who are dealing with these conditions, suggest resources that can help them. Support groups are really an excellent idea for individuals. Both PTSD and substance abuse can be isolating, and the person may feel as though he or she is the only one suffering from it.

The support groups show that this is not true. Additionally, help from a psychiatrist, counselor or rehabilitation center is also often in order too, depending upon which one or the combination from which the person is suffering.

Both PTSD and substance abuse are serious conditions that can ruin a person’s life and the lives of those around him or her. When you notice these symptoms in yourself or in another person, help must be sought out immediately to prevent any more consequences.

Author Pam Johnson is a therapist who specializes in researching new and exciting ways to provide therapy for rehabilitating drug users. She obtained her degree from one of the Top 10 Best Online Therapy Degree Programs in the country.

Sage VanVleet was born and raised in Fredericton. He has written for Billboard, The Prague Post, Passport Magazine, The Hartford Courant and Business Insurance Weekly, In regards to academics, Sage earn his BBA from Mcmaster in Hamilton. Sage covers business and economy stories here at Nova Scotia Today..