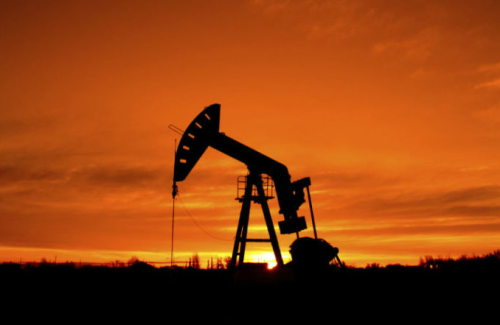 Guyana’s story shares many similarities with the story of the ugly duckling. One of the poorest countries in South America, it has historically been entirely dependent on oil imports. In the past three years though, Guyana has sprung up as one of the hottest oil spots in the region, with ExxonMobil alone accounting for seven hydrocarbon discoveries in one single exploration block, Stabroek. However, the pace of discoveries will only highlight the deficiencies of the Guyana’s political system, and there remains a serious risk that these world-class finds might be jeopardized by politics, either by means of renegotiating commercial terms or by bringing legislative powers to a painful impasse. By anybody’s yardstick, the achievements of ExxonMobil and its partners (Hess, CNOOC) in the Guyanese offshore block of Stabroek (6.6 million acres or 27 000km2) have surpassed expectations. Almost every exploration well adds new barrels to the already hefty 4 billion barrels of recoverable reserves found in the area, a trend that is bound to continue over the next months. So far only one exploratory well turned out to be dry (Skipjack-1), whilst the following discoveries were made: 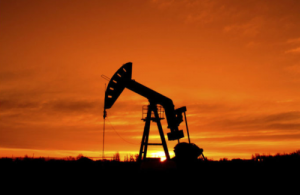 If one is to exclude the Liza field, the recoverable reserves of which are now estimated to stand at 1-1.4 billion barrels of oil, the rest is likely to be in the 400-500 million barrels of oil interval. A phenomenal development for a country that until recently (2015) had participated in Venezuela’s oil-for-rice program, whereby Caracas provided it with 10 000 bpd of oil in exchange for agricultural goods. Taking into consideration that the Liza field is expected to start production in 2020 (its Phase I output plateau will reach 120 000 bpd), the risk is that this sudden boon might kick-start a political witch hunt, in which all sides will accuse each other of giving away ”under value” the nation’s “immense hydrocarbon riches”.

That Guyana is set to tap into its coveted reserves is undoubtedly a positive development – petroleum scientists have long suspected that oil formations extending beyond neighboring Venezuela might provide oil for the country. The first well was drilled onshore in 1916 and wielded no results, afterwards oilmen tried to appraise the potential of Guyana’s shallow-water offshore, yet the magic only happened when they ventured out into the deep-water part, some 120km away from the coast, thus proving the USGS estimates that the offshore Guyana-Suriname basin holds up to 15 billion barrels of oil and 850 Bcm of gas. That’s a lot for a country that leads the world’s suicide ratings and tops South America’s migration stats.

On paper, what the Guyanese government has done so far is laudable – in concertation with the IMF, it has committed itself to managing oil wealth effectively, by creating a Sovereign Wealth Fund, by strengthening the fiscal regime, putting out a long-awaited Petroleum Law after having successfully established a Petroleum Commission. The terms that Georgetown has offered to ExxonMobil and other shareholders might be perceived as attractive – under the production sharing agreement, until the shareholders recover their initial upfront investment, the government will take in 12.5 percent (afterwards this rate will gradually increase). Here’s where political infighting kicks in.

Firstly, Guyana’s political parties more or less follow ethnic lines, with the opposition People’s Progressive Party-Civic (PPP-C) being the representatives of the Indo-Guyanese people, whilst the ruling Partnership for National Unity-Alliance for Change that of the Afro-Guyanese. Secondly, the political system tends to favor those in power – 2015 saw the first change in governing forces since 1992, bearing testament to the fact that political movements in Guyana are by no means automatic (and voluntary). In such a power landscape it is by no means surprising that the opposition has made a rallying cry of the government’s handling of its oil resources, the factual enabler of Guyana’s brighter future.

In a country where corruption is rampant and deeply engrained in the way matters are solved, the opposition is calling for the full disclosure of the oil production license concluded with ExxonMobil. Opposition figures also allege that ExxonMobil managed to carve out favorable conditions by bribing government figures (unsubstantiated talk has been about an $18 million signing bonus being siphoned off to officials), moreover, they claim that ExxonMobil secured the inclusion of a clause in the PSA that prevents the government from imposing any new taxes or fees on the shareholders. With the next Parliamentary elections coming up in 2019, one should expect more belligerent oil-related rhetoric to appear in the upcoming months. No one will go as far as to antagonize ExxonMobil and others (i.e. Total has just joined others in its quest to join the Guyana rally) directly, but the pressure will be high.

The stakes are quite high because of the revolutionary force of oil revenues. The IMF estimates that in 2020-2021, when the first barrels of oil are to be produced, GDP growth should be around 25-30 percent per year (as opposed to the current 3-3.5 percent per year). To put the oil profits into an even wider context, it should be observed that the IMF expects Guyanese oil revenue to reach 56 billion GYD (roughly $270 million), 20-25 percent of government revenue at that juncture in time. If increasing oil production will entail the appreciation of the Guyanese dollar, other sectors of the economy which have been crucial heretofore (most notably, exports of sugar and rice) will start to falter – thus further magnifying the role of oil in Guyana’s economy and politics.

For oil companies, the consolidation of ruling powers would be the ideal outcome – it would lower the risk of re-negotiations, allowing the companies to bring the oil of Guyana’s offshore zone to market. The Guyanese population, however, are largely fed up with the lack of transparency and the omnipresence of corruption within ruling elites and so may see things differently. For now, we can only wait and watch to see if an oil boom will transform the nation.

Home Business – Should you or should you not?