Home prices have registered the biggest-ever fall in 21 years with the S&P/Case-Shiller U.S. National Home Price Index plummeting by 18.2 percent in the last quarter of 2008.

In December alone, the index dropped down by 18.5 percent. Major fall in prices, by more than 30 percent, has been witnessed in places like Phoenix, Las Vegas and San Francisco.

But the current financial crisis has extended the problem across the length and breadth of America. Cities that were previously holding up quite well have also started showing a fast drop in prices.

Chief economist of Pittsburgh’s PNC Financial Services Group, Stuart Hoffman, predicts further fall in prices in the near future. Many of the metro areas won’t see any significant increase in prices before 2011 or 2012. Hoffman said, “I think people would be happy if both home prices and stock prices just stopped going down.”

In the current scenario, where all places are witnessing a sharp decline in home prices, the notable exception is Denver. Here, the prices have gone down by only 4 percent in December as compared to a year ago. 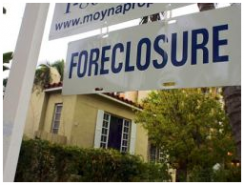